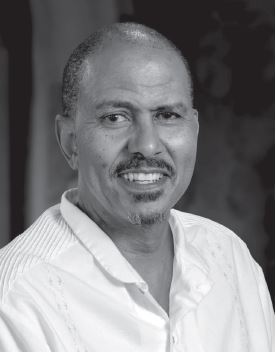 Albert is the third son of Reverend Wendell W. Wright, Senior, and Barbara C. Wright. Albert and his brother Wendell are both proud to be members of the OHS Hall of Fame.

After graduating from OHS, Albert attended MiraCosta College and Southern Utah State College where he majored in business and participated in basketball and track. Albert left college in 1973 and started work to support his new family. Although his dreams were altered, his determination never changed.

In 1975, Albert and his family moved to Bend, Oregon where he had the good fortune of landing a job as a United Parcel Service driver. UPS provided a good living and the opportunity for advancement, and advance he did! In 1978, Albert was promoted to Driver Supervisor. This was followed by several other management positions.

In 2004, Albert was promoted to the United Parcel Service’s Global Engineering Manager, responsible for Industrial, Plant and Automotive Engineering worldwide, and a three billion dollar budget. During his career he also made time to mentor others and serve on various non-profit boards.

Albert’s wife, Denise, and his five daughters Tasha, Keely, Mandisa, Quinlyn and Jasmine, have served as the motivation and inspiration behind his success.