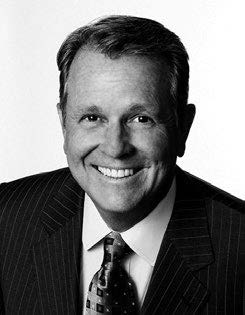 Although he currently lives in New York, Oceanside is where Ben calls “home,” having moved here with his family when he was 9 years old from the small town of Lake City, South Carolina. Throughout his school years, Ben was very active in sports and extracurricular activities.  He credits his parents, along with his teachers and coaches, with instilling in him the strong values of teamwork, humility and perseverance.

Ben went on to San Diego State University, graduating in 1980.  He spent his summers coaching youth sports for the City of Oceanside Parks & Recreation.  He earned his MBA from Pepperdine University in 1986 while working in risk management, marketing and sales roles with Xerox Corporation.  He then took this foundation and moved to the media industry where he has spent the past 30 years in sales and marketing executive roles at Turner Broadcasting and Discovery Communications.

Widely regarded as one of the media industry’s most collaborative and innovative leaders, Ben has created partnerships with some of the most iconic brands including Discovery Channel, TLC, Animal Planet, NBA, Major League Baseball, and pop culture phenomena like Trading Spaces, Puppy Bowl, and the annual rite of summer, Shark Week.  He has been honored with numerous media industry accolades and awards for leadership and mentoring, most recently having been named to CableFAX Magazine’s list of the top 100 cable industry heavy hitters.

Ben’s industry involvement includes board positions for the International Radio & Television Society, Ad Council, and the Video Advertising Bureau.  He is a member of the Academy of Television Arts & Sciences and an active volunteer for the City of Hope Cancer Center, American Heart Association, and Boys & Girls Club of America.

Oceanside holds a very special place in Ben’s heart, as he and his wife Anthy have two grown daughters, Thea and Marika, who both reside in Los Angeles.