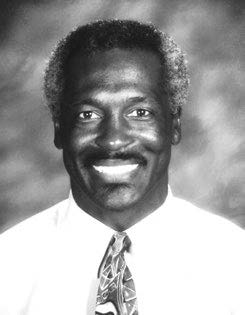 Bernard Juarez was an exceptional educator with humble beginnings. Born in 1953 in Los Angeles to a single 15 year-old mother, he experienced the first Watts Riots—a trauma that he would carry throughout his life. The oldest of nine, Bernard grew up watching his mother work tirelessly to support her family. His mother’s work ethic was passed on to Bernard and served as the root of his success.

Bernard moved to Oceanside as a young man where he attended Oceanside High School from 1967 to 1971. He was active in music and track & field becoming a world-class hurdler and pole-vaulter. Sports opened doors that he had never imagined: traveling around the world, later coaching and competing as a Masters (over 40) athlete.

He attended MiraCosta and the University of Nevada, Reno, on a track scholarship, and went on to graduate with honors from USIU while married with 2 young children and working 2 jobs. After earning his teaching credential he did his student teaching at OHS. With no teaching prospects in Oceanside, he moved his family to Hesperia and began his teaching career.

In 1984 he began research on a project that would become a lifelong passion. Working on a system that would teach every student how to learn, Bernard convinced his school to allow him to develop a course in Study Skills. As a passionate educator, he advocated for longer school days, less vacation and a dress code for teachers, setting the standard by wearing a dress shirt and tie every teaching day. He believed that teachers who dressed professionally demanded the respect of students.

In 1993, he was named “Teacher of the Year” for his school and the entire school district. It was one of the proudest days of his life. On April 15, 1997, Bernard died in a drowning accident, leaving behind his wife and two teenage children. His work on studying was published posthumously in 1999. Over 1300 people attended Bernard’s memorial service, paying homage to the man who inspired, motivated and left a lasting impression on them.