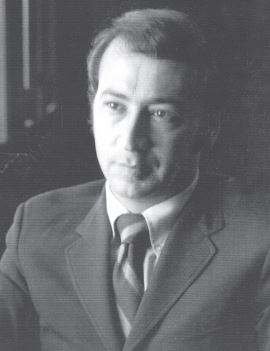 Bill Dominguez is a lifelong resident of North County. He attended Pine Street School in Carlsbad, and in 1956 graduated from Oceanside-Carlsbad High School. He then continued his education at MiraCosta College and San Diego State University where he received his BA in Public Administration.

Bill served for 10 years as the Executive Assistant to the Fifth District County Supervisor’s office, serving North County. He also served as Project Coordinator for the Transborder Affairs Office, which included liaison between the US and Mexico border. California Governor Deukmejian appointed him as Assistant to the Director of the State Department of Social Services. He has also held various positions in the savings and loan and banking industries.

While president of the Carlsbad Jaycees, he was instrumental in getting the swimming pool at the Carlsbad Boys and Girls Club. Bill also served as Chair of the California Conservation Corps Advisory Committee, was a founding member of the BECA Education Foundation and the Carlsbad Charitable Foundation, and a graduate of LEAD San Diego.

Bill and his wife were selected as Carlsbad Citizens of the Year for 2016 for their involvement and volunteer activities in the community. Bill is a US Army veteran, and resides in Carlsbad with his wife, Bonnie.