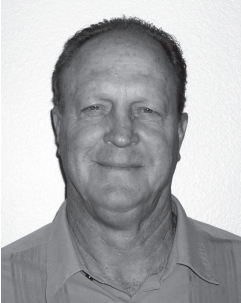 Bill always taught from the heart and has given all that he has to give in every life situation. Anyone who has been around him throughout his career at OHS knows Bill’s lifelong dedication to his students, colleagues, family and friends.

As a member of the class of 1965, Bill was an exceptional student, President of the Latin Club, star basketball player and swim team sprinter. His accomplishments on the basketball court as the Pirate center left numerous records that remained for many years. This and his academic success gave him a full ride scholarship to play under one of the most renowned U.S. basketball coaches in history at Oklahoma State University, Coach Henry Iba. At OSU while pursuing his B.A. in history, Bill twice led the basketball team in field goal percentage shooting in the 67-68 and 68-69 seasons. He also decided his professional life would be teaching history and coaching basketball.

While at OSU he met and married the love of his life, Rhonda, and have two adult children continuing to make Oceanside their home. Bill was hired by OHS in 1970 and in 1971 took over as Head Varsity Boys Basketball Coach. Christopher’s teams from 1980 through the 1983 seasons had a “Home Court Winning Streak” of 42 games that still remains second in the County record books. In 1984 he coached OHS to the Southern California Regional Championships becoming the only Division II team from San Diego to reach the California CIF Finals, competing for a State Championship before retiring as coach after the 1986 season.

He was known throughout the County as one of the most knowledgeable and difficult coaches to play against. Not surprising, with decades of knowledge, Bill approached coaching and teaching with an intensity rarely seen. Students and players learned life lessons of teamwork, integrity, sportsmanship, focus, proper planning, and tenacity. In 2005, after 35 years of teaching and coaching, Bill retired from OHS as a professional educator of AP History. He always used the classroom and the basketball court to teach young students how to think critically and become life-long learners.