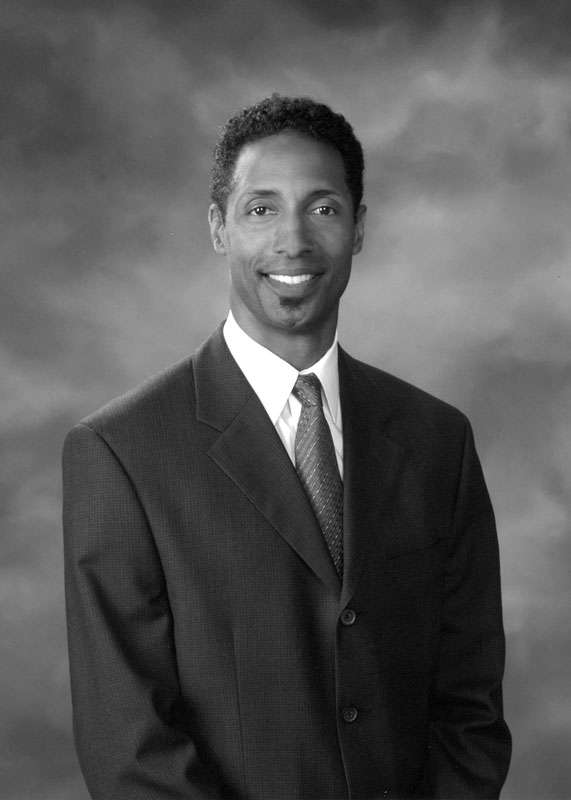 A three-sport letterman for the Pirates in football, basketball and track, Charles Louis Dimry, III, played 12 seasons as a corner back in the National Football League.  After graduating OHS in 1984, Charles took advantage of a scholarship opportunity to continue his football career as an Exercise Science major at the University of Nevada Las Vegas. Four years later, the Atlanta Falcons selected him in the fifth round of the NFL draft.  After three years with the Falcons, he then moved on to Denver and Tampa Bay, spending three seasons with each franchise.  After one year with the Eagles in 1997, Charles returned to Southern California, playing his final two NFL campaigns with his hometown San Diego Chargers.  Throughout a career that spanned 183 games, Charles intercepted 21 passes, including consecutive picks against Hall of Fame quarterback John Elway.  His individual accomplishments include twice being named the Chargers Most Inspirational Player, and being a two-time recipient of the NFL’s Ed Block Courage Award.   In 2008, the North County Times named him one of the North County’s Top 100 Prep Football Players of All Time.  With a passion for high school sports, Charles served as a correspondent for the highly popular KUSI Channel 9 Prep Pigskin Report, hosting his own segment, “Hog Huddle.”  Putting his college education to use, Charles founded Velocity Sports Performance in Carlsbad in 2006.  Through his endeavor, Charles offers young athletes the opportunity to train at an elite level normally reserved for professional athletes.   As a sponsor of numerous youth clubs and high school sports foundations, Velocity Sports Performance was named a finalist for the 2007 Carlsbad Chamber of Commerce Business of the Year award.  A former member of the Board of Directors of the Encinitas YMCA, Charles continues to give of himself as a supporter of the Oceanside Boys & Girls Club. He and his wife Erin reside in Carlsbad with their six children.