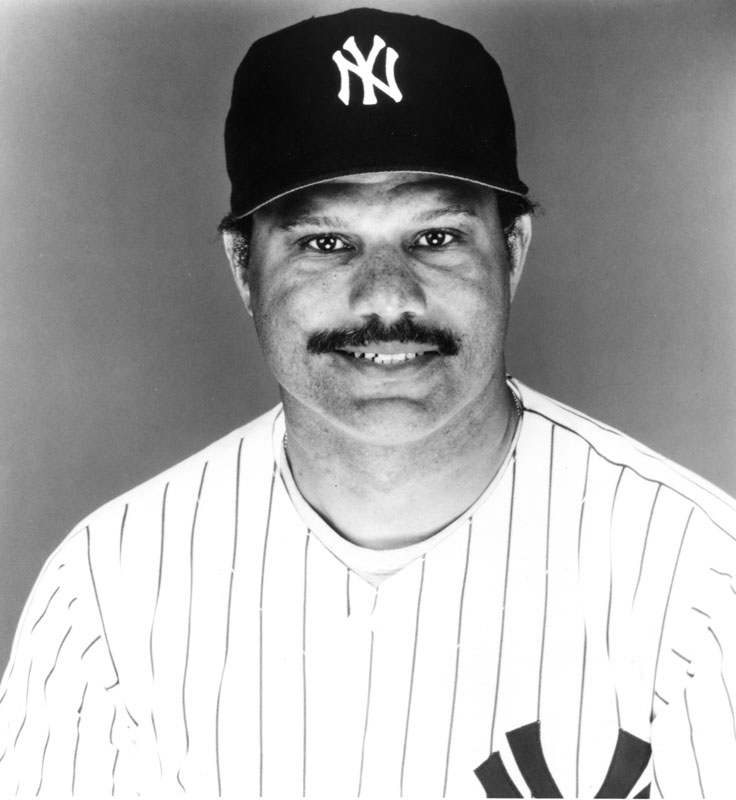 Longtime baseball fans will always recall the dramatic and monumental home run slugged by New York Yankees first baseman Chris Chambliss in Game 5 of the 1976 American League Championship Series.  His first pitch, ninth inning blast off Kansas City’s Mark Littell lifted the Bronx Bombers to their first American League Pennant in 12 years.  For those who grew up in the North County watching the talented all-around athlete, the ALCS Game 5 drama was no surprise.  The 1966 OHS graduate was always known as a “clutch hitter.”  In 1971, as a member of the Cleveland Indians, Chambliss was named the American League Rookie of the Year.  Prior to his selection by the Tribe as the No. 1 overall pick in the 1970 free agent draft, Chambliss was a three-sport letterman for the Pirates – lettering in baseball, football and basketball.  Chambliss played baseball at MiraCosta College and UCLA, earning All-American honors.   Before making the majors, he was elected as a Charter Member to the Bruins Hall of Fame in 1984.  During 17 major league seasons, Chambliss won two World Series titles with the Yankees (1977 and ’78), driving in 90 runs for each of those World Series teams.  He was named an All-Star in 1976, and captured a Gold Glove in 1978. Playing for the Indians, Yankees and Atlanta Braves, Chambliss appeared in 2,175 games, slugged 185 home runs, drove in 972 runs and finished with a career batting average of .279.  He earned an AA in Communications and his Bachelor of Science degree in Recreation.  His three brothers also graduated from OHS, and his father served as the keynote speaker for the OHS Class of ’62 commencement ceremonies.  Today, Chambliss serves as manager of the Charlotte Knights, a Triple-A affiliate of the Chicago White Sox.  Three times he has been named Minor League Manager of the Year. Chambliss was elected to the San Diego Breitbard Hall of Fame-Class of 2015 on February 25, 2015.  He and his wife Audry reside in Alpharetta, GA during the off-season.