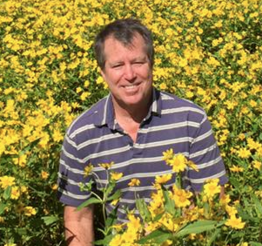 David is currently the Executive Director for the Coffee Quality Institute managing their programs worldwide. He has a Masters Degree in Horticulture (Viticulture) from the University of California at Davis and a Bachelors Degree in Horticulture from California Polytechnic University. He has been at CQI since 2003 and has 24 years in the coffee industry with a diverse background in international research and development.

Fluent in Spanish, he has over 35 years experience with a multitude of crops in several countries. Early in his career, he resided in Mexico and managed the world’s largest organic herb and spice producer. Throughout the 1990’s he was Vice President of Diversified Agriculture for Pioneer Mills in Maui, Hawaii, where he developed a 500 acre coffee plantation well known for it’s unique selection of coffee varieties.

Experienced in all aspects of grape production with a specialty of grape production in the tropics, David evaluated pest and disease problems in the tropics and California wine grape regions doing management of field operations and coordination with numerous wineries. He is also responsible for developing rural agriculture plans in Columbia and implemented several programs to import and produce temperate climate fruits such as grapes and apples.

In his widely successful career, he had provided technical assistance to producers of tobacco, soybean, corn, exotic fruits and numerous other crops throughout the United States, Mexico, Central and South America. David now resides in White Salmon, Washington with his wife and daughter as he continues to change the world of agriculture.