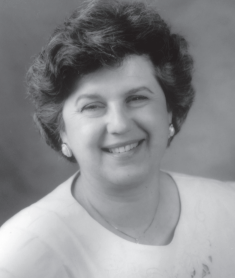 Moving to Mexico City to continue her study of Spanish, Gloria met and married her husband Luis. Remaining in Mexico to raise her family, Gloria worked for the Monterrey Institute of Technology in Queretaro, Mexico where they lived. While there she worked as the Assistant to the Vice-Chancellor and Director of Faculty Resources in coordinating study-abroad programs for faculty, and developing new university projects including the feasibility study for a university hospital. Gloria also acted as the Library Director and taught English-as-a-Second Language to business executives, university students at the Monterrey Institute of Technology.

As a free-lance bilingual writer for the Blade-Citizen in the 1980’s, in her column “Tribuna Informativa” Gloria was able to bring important Hispanic issues to the public’s attention. Gloria served on the governing Board of the MiraCosta Community College District for almost 20 years.

Currently she and her husband are the owners and founders of Inter-Lingua, a Spanish translation, interpretation, consulting and bilingual support business. They also write Bilingual Safety publications for businesses. Staying involved and helping the Hispanic community remains her goal. She currently serves on the Carlsbad Police Department’s Juvenile Justice Program. Gloria and Luis have two sons, Luis Esteban and Juan Andrés and four grandchildren.