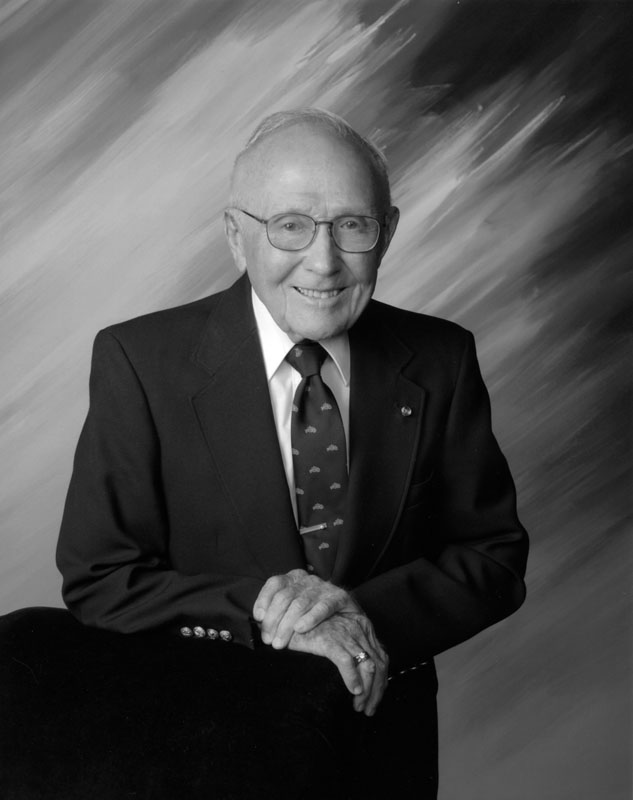 Herb Gabriel’s family came to North County in 1911.  Eight years later he was born here in Oceanside, the youngest of six children.  The son of a road master for the Santa Fe Railroad, Herb graduated from Oceanside-Carlsbad Union High School as the senior class president in 1937.  After attending Oceanside-Carlsbad Junior College for one year, he transferred to UC Berkeley before moving on to the University of California, San Francisco to study dentistry.  In 1943, Herb graduated with a B.S., D.D.S. and Curriculum II certificate in Orthodontics.  That same year, he entered the U.S. Army Air Force, Dental Corps. He began his own private practice in Oceanside in 1949, continuing until his retirement in 1987.