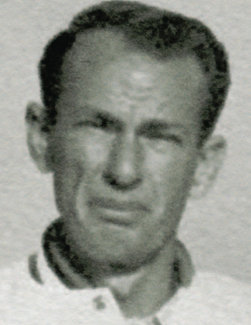 A pioneer in the sport of drag racing, and an inaugural member of the Drag Racing Hall of Fame, Jim Nelson was born in Los Angeles, Calif. In 1941, at the age of 14, he and his family moved to Carlsbad. A 1945 graduate of the then Oceanside-Carlsbad High School, Jim joined the US Navy, serving until 1947. His true passion for fast cars led to his seamless transition into the world of auto racing. He began racing at El Mirage in 1948, the same year he founded the Carlsbad Oilers Auto Club. Two years later, in the interest of safety, and to help keep young drag racers from competing on city streets, he helped establish what is still known today as the National Hot Rod Association (NHRA). Soon after, he and his partner Dode Martin formed Dragmaster Inc., a renowned business known for producing popular dragsters and street legal hot rods.

Jim’s expertise in the field led the Chrysler Corporation in 1964 to commission his business to build what is considered the first “Funny Car.” Today, many of the race cars built by Dragmaster are housed in the NHRA Hall of Fame Museum in Pomona, Calif. Some of Jim’s accolades include the NHRA’s “Best Engineered Award” and “Speed Record” in 1961. The following year he was crowned winner of the Pomona Drag Racing Nationals. Winning numerous prestigious racing events, and known for his innovative engineering and chassis fabrication skills, Jim is considered an “icon” in the racing world.

A relentless civic booster, he enjoyed a lengthy career working for LEGOLAND, where twice he was named “Model Citizen of the Year.” Jim mentored young automotive enthusiasts as an automotive instructor at MiraCosta College, and also volunteered his time at the Helen Woodward Animal Shelter.

Jim passed away on May 9, 2012. He and his wife Martha were married for 62 years. They were the proud parents of two sons, Dirk and Shan, and a number of grandchildren.