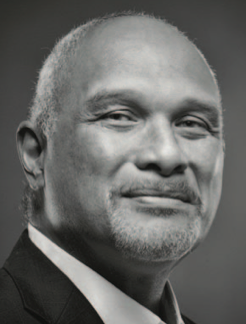 Nicknamed the “Throwin’ Samoan,” Joe Paopao was born in Honolulu, Hawaii. During his stellar OHS athletic career, he played quarterback, linebacker and punter from 1969 to 1973 for the Pirates. Following graduation, Joe moved north up the California coast, landing at Long Beach State University. In just two seasons quarterbacking the 49ers (1975 and ’76), he became the program’s No. 8 all-time passing yards leader, and 10th overall in total yards. During this time, he led Long Beach to a 17-5 overall record, earning him a spot in the CSULB Hall of Fame in 2006.

Joe’s next gridiron stop was also another move north, this time to the Canadian Football League, where he would forge a solid career as both a player and a coach. From 1978 to 1983, Joe lined up under center for the British Columbia Lions, throwing for 9,656 yards and 62 touchdowns. Playing against Toronto in 1979, Joe set a then-CFL record by completing 18 straight passes, a single-game record that would stand for 15 years. In 1981, his best individual season, he amassed 3,777 passing yards and 28 touchdowns, both career-high numbers. Moving to the CFL’s Saskatchewan Roughriders in 1984, he nearly equaled his output with the Lions, throwing for 9,337 yards and 34 scoring passes in only three seasons.

Joe closed out his CFL playing career with the Ottawa Rough Riders in 1987, before returning home to British Columbia for his final season in 1990. Recognized as one of the best players in franchise history, Joe was honored by the Lions in 2007 with a spot on the team’s Wall of Fame. Along with his prestigious playing career, he served as a general manager, a head coach and offensive coordinator in the CFL for a 20 year span. In early 2013, Joe was named head coach of the University of Waterloo, where he had served as the team’s assistant offensive coordinator and assistant head coach since 2007. Other inductions include the City of Oceanside Hall of Fame and Laurel Elementary Hall of Fame.