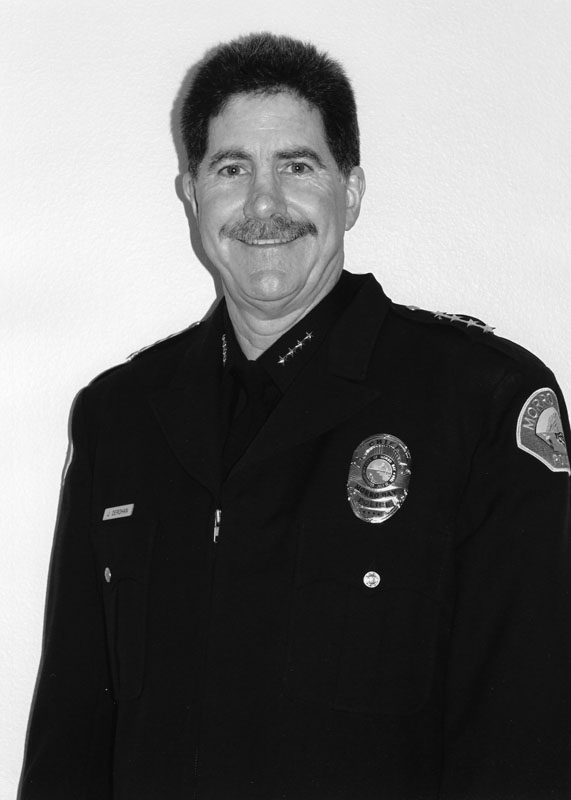 Born and raised in Oceanside, John DeRohan earned his Pirate diploma with a 4.0 GPA in 1974.  Inspired by a family with a strong background in the field of law enforcement, John went on to forge his own stellar 31-year career as an officer of the law.  He learned the true value of hard work early on as a paperboy delivering the Oceanside Blade Tribune, and serving as a custodial assistant during his summers as a student at OHS.  After attending MiraCosta College and completing his undergraduate studies at National University, he earned his Master’s Degree in Public Sector Leadership at San Diego State University.  In 1979, he joined the Oceanside Police Department as a reserve officer.  One year later he became a full-time member of the force, where he spent the next 12 years patrolling the city in which he grew up.  During his tenure in Oceanside, John became the city’s first School Resource Officer (SRO).  He was subsequently responsible for developing the model for the current SRO program for Oceanside schools.  John also coordinated a program to unify the community in its battle against substance abuse, leading a grass root coalition known as C.H.O.O.S.E, or Citizens Helping Oceanside Obtain a Sober Environment.   In 1989, this effort led to him being named the SD County Citizen of the Year and the recipient of the California Governor’s Crime Prevention Award.  In 1992, John became Commander of the Pismo Beach Police force, serving as acting chief for one year.  Ten years after his move to Pismo Beach, John was named Chief of Police in the city of Morro Bay.  As an officer, John always recognized the need to give back to the communities in which he served.  As a little league coach and community volunteer, he continually supported organizations that work to benefit the lives of minority community and youth.  John was twice named Employee of the Year by the City of Pismo Beach, and in 2008, was named Rotarian of the Year by the Morro Bay Rotary Club.