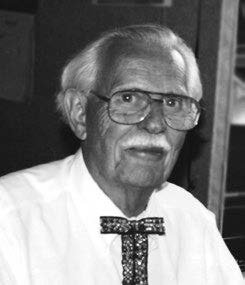 John worked for the banking industry for 26 years, acting locally as Manager, District Administrator and Bank Examiner, with one interruption when serving the United States in the Korean War primarily in Tokyo, Japan. Once home, he became a member of the Oceanside Junior Chamber (now called Jaycees) where he held all their offices through President, receiving awards for his leadership throughout the State of California.

Some of his other Oceanside community projects were Chairman of Harbor Days and the Days of San Luis Rey Fiesta. He played Santa Claus in the local Santa Claus Village a number of times and worked on the “Miss Southern California” pageants with the Oceanside Chamber of Commerce. He later chaired the Oceanside Japanese Odori Festival and the United States Marine Corps Oceanside Night Beach Invasion program. On numerous occasions he was the Finance Chair for the San Luis Rey Mission Festivals. He was later awarded “Senatorship” in the Junior Chamber of Commerce and lifetime membership in both the Junior and Senior Chamber of Commerce.

The Oceanside business community honored him as the “Outstanding Young Man of the Year” later receiving the keys to the City of Oceanside from two of our city mayors. He was nominated 4 times for “Who’s Who in America.”

John retired from banking at age 45 but continued his full-time community service efforts until his death in December 2016. He served in five different food distribution programs, served as a docent at Heritage Park and taught dancing at local senior centers in North County. In March 2007 John was awarded a “ Community Service Volunteer Award” by the Kiwanis International Oceanside Pacific Club. He continued to serve the local senior centers in numerous capacities until his death.