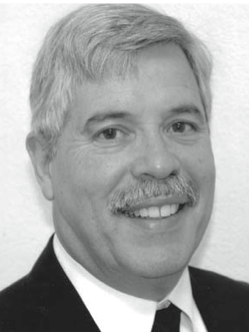 For more than four decades, John Winslow has forged a highly successful career in the field of biomedical research. A Southern California native, John was born in La Jolla, but grew up in Oceanside. A product of South Oceanside Elementary and St. Mary’s School, he made a name for himself academically and athletically while attending OHS. A two-sport athlete (baseball and football), John earned All-Avocado First Team honors as a safety playing for legendary gridiron coach Herb Meyer.

In the classroom, John excelled in science and math, graduating eighth in his class in 1970. After winning numerous science fair awards at the county, state and international levels, John was accepted into the prestigious UC Santa Barbara College of Creative Studies program. As a Gaucho, John earned a Regent’s Scholarship and graduated with a degree in biology and a minor in chemistry. In 1981, he completed his Ph.D. in chemistry at UC San Diego, and soon after was accepted into a postdoctoral fellowship program in the Department of Medicine, cardiovascular division, at the renowned Harvard Medical School in Boston, Mass. John would go on to win individual postdoctoral fellowships from the National Institutes of Health and the American Heart Association.

Throughout his distinguished career, he has held high level positions in the field of biological research. As a scientist with Genentech, Inc., he studied the molecular identification of key genes and proteins in cell signaling. His work has led him to publish more than 50 peer-review scientific papers, and has earned him the distinction of being recognized as a leader in the study of cellular growth factors and their receptors in cancer diagnostics. John is a member of the American Association of Cancer Research, the American Association for the Advancement of Science, and the American Society of Biological Chemists and Molecular Biologists.

An avid surfer, John and his wife Kath reside in El Granada on the San Mateo County Coast. Together they have raised three sons: Jonathan, Michael and Justin.