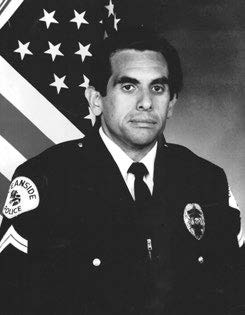 Joe was born and raised in Oceanside and graduated from OHS in 1976, having the honor of being on the 1975 CIF Championship football team.  After high school he attended MiraCosta, Palomar, San Diego State University and ultimately graduated from Cal State San Marcos in 1994 with a BA in History and minor in Criminal Justice.

He was hired by the Oceanside Police Department and attended the San Diego Regional Police Academy, then assigned to numerous law enforcement duties including Patrol Officer, Field Training Officer, Senior Police Officer, Beach Team Officer and several drug and fugitive task forces.  He was later assigned to the Special Enforcement Bureau as a Gang and Narcotics Detective.

In 1989, he was selected as one of the first School Resource Officers (SRO) assigned to work directly on the campus at El Camino High School. With his tireless work at the schools, the NAACP recognized him for his Community Service.  For a time, Joe was the only SRO and had to cover all of the schools, once more SROs were added to the police force in 1994, Joe was assigned to his alma mater, OHS, where he remained until his retirement in 2012.

Joe was known as “Officer Joe’ to all.  While at OHS, Joe also taught classes as a Drug Abuse Resistance Education (D.A.R.E.) Instructor at Oceanside elementary schools, served on the Oceanside Unified School District’s Student Attendance Review Board (SARB), helped write a Crisis Response Plan for the district, helped train all OUSD staff in crisis response, implementing lock down procedures and drills for the district, truancy sweeps, alcohol and tobacco sting operations and conducted home visits with parents.

Joe has been married for 31 years to Gloria, an Oceanside elementary school teacher.  They have three adult children, Steven, Andrea and Anthony.