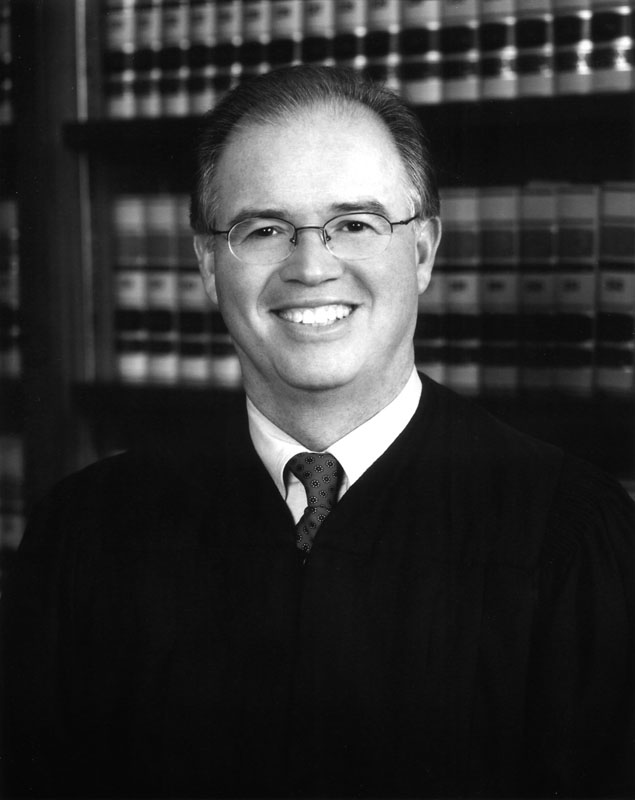 Twenty-eight years after earning his diploma as part of the OHS graduating Class of 1960, Judge Gilbert Nares was elevated to the Court of Appeal, 4th District, Division I.  As of 2009, that is where the former Pirate continues to serve.  Born in Oceanside, Gilbert completed his undergraduate studies at the University of San Diego in 1964, majoring in Economics and Philosophy.  Three years later, he earned his Juris Doctorate from the USD School of Law.  In 1968, he was admitted to the California Bar and soon entered into private practice in Oceanside with the firm of Daubney, Banche, Patterson & Nares.  Gilbert continued to elevate his career in the legal field and was appointed to the Municipal Court bench in 1976.  The following year, he was the Presiding Judge of the Municipal Court’s North County Judicial District.  In 1978, he was promoted to San Diego Superior Court Judge.  During this time on the bench, Justice Nares served on the Appellate Department in 1986 and 1987, and was Supervising Judge for the court’s North County branch in 1981.  In 1988, after being appointed by then-California Governor George Deukmejian, he began serving in his current position with the Court of Appeal, 4th District, Division I.  Gilbert’s distinguished law career earned him a Lifetime Achievement Award from the Bar Association of Northern San Diego County in 2009.  Outside the courtroom, Justice Nares has generously given of his time to the Boys Club of Oceanside and served on the Board of Trustees of the Oceanside Public Library and the San Diego County Law Library.  He has also served as President of the North County Bar Association and on various committees of both the California State Bar Association and the San Diego County Bar Association.