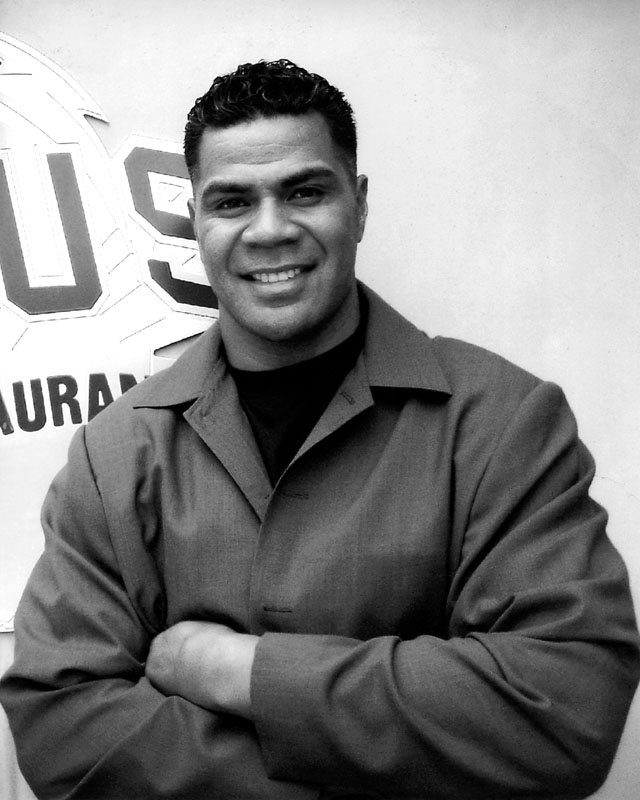 The fifth of six children, Junior Seau graduated from OHS in 1987. A three-sport letterman for the Pirates, Seau’s amazing athletic prowess led Parade magazine to name him to its High School All-American team simply as a “athlete.” By the time he left the Pirates, his path would lead him to selection as a unanimous first-team All-American at USC, before becoming one of the most highly regarded and respected linebackers to ever play in the NFL. In 1990, the Chargers selected Seau as their top draft choice, the league’s fifth overall selection. Seau would spend 13 of his 20 NFL seasons with the Bolts, before moving on to play for the Miami Dolphins and New England Patriots. During his stretch in San Diego, he was regarded as the team’s leader and heart of the Charger’s defense, earning 12 consecutive Pro Bowl appearances. For two straight seasons (1998-99), he was named the NFL’s Defensive Player of the Year. A six-time AP All-Pro selection, Seau was named to the Pro Football Hall of Fame’s All-Decade Team for the 90’s. In 2009, he was named to the Chargers All-Time Greatest Team in celebration of the organization’s 50-year anniversary. That same year, he was inducted into the USC Hall of Fame. His numerous accomplishments extend far beyond the sidelines and end lines of the gridiron. Two years after being drafted by the Chargers, Seau established the Junior Seau Foundation in an effort to provide ongoing support to youth throughout San Diego. In 1994, Seau was tabbed as the True Value Man of the Year. During the past decade, his organization has allocated nearly $4 million to organizations providing services to children and adults. His own establishment “Seau’s,” continues to serve as on of San Diego’s premier sports-themed restaurants. President George Bush awarded Junior the President’s Volunteer Service Award in 2005. Seau is also a member of the National Boys & Girls Club Hall of Fame, a Spirit of Award honoree from the San Diego Chamber of Commerce, and received the JB award which recognizes NFL players for their dedication to building better communities. Seau died May 2, 2012 in Oceanside. On August 8, 2015, Junior Seau was inducted into the NFL Pro Football Hall of Fame.  More on Junior Seau here.