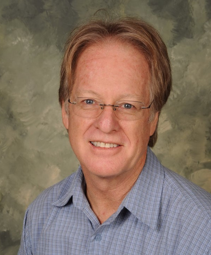 Mark retired from Oceanside High School after teaching 33 years of his 35-year career of instructing instrumental music to high school students. He taught thousands of students a wide range of instruments from strings in orchestra to winds and percussion in marching band and drum line, teaching the fundamentals of reading music, counting time, tuning instruments, performing as an ensemble along with lessons that can be carried into all aspects of life. Students always found his enthusiasm for music truly inspiring.

Over his career Mark has taken his performing groups on countless successful trips all over Southern California and across the United States. His 2010 drum line were bronze medalists in the Southern California Percussion Alliance Championships and then earned a bronze medal against 54 groups competing from around the world in Dayton, Ohio. Many of Mark’s students have continued performing after high school. Some have gone on to be music majors in colleges and universities, some have started their own bands, while others play for their own enjoyment. One student, Tad Calcara, performs with the Utah Symphony where he has been the principal clarinet musician since 1999.

Mark has dedicated his life to music. Along with his teaching, he has performed with groups such as Bandit, North Star and Jurassic Jazz. Most recently he plays with “Gicky and the Monsters” and the Big Band Jazz Hall of Fame. His love for music also takes him to the Moonlight Amphitheater where he plays in the orchestra pit for many of their musical productions.

Recently the Oceanside Cultural Arts Foundation honored him for his outstanding performance and lasting contribution in promoting music and the arts in North San Diego County. In the spring of 2015 the Oceanside Unified School District honored him by renaming the OHS band room as the “Mark Phelps Music Room”.

Mark and his family reside in Oceanside as he continues to make music a part of the culture of San Diego County.