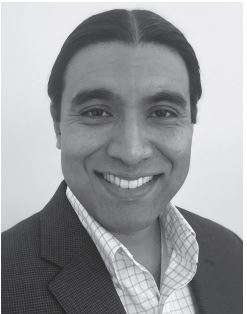 Oscar Ramos grew up in Oceanside’s Posole neighborhood and attended Laurel Elementary, Jefferson Jr. High, and Oceanside High School, where he was the Class of 1997 Co-Salutatorian.

Oscar’s parents, who were undocumented immigrants from Mexico, stressed the importance of education as the key to success. Their influence led to Oscar’s decision to become a teacher.

After graduating from Harvard in 2001 with a history degree and a teaching credential, Oscar moved to Morocco, where he taught for four years in the American school community.  Oscar returned to San Diego in 2005 to complete his Master’s at UC San Diego, and joined the faculty at The Preuss School, UC San Diego, from 2007 to 2019. For five years, he led the Social Studies department at Preuss, which is a charter school for low-income children who will be the first in their families to graduate from a 4-year college. Newsweek named Preuss the #1 Transformational School in the US from 2011 to 2013, and US News and World Report consistently ranks Preuss the #1 high school in San Diego County.

Oscar loves teaching young people who aspire to transform their lives through higher education. Oscar’s students have graduated from every Ivy League school, every UC and CSU campus, and such prestigious schools as Stanford, Georgetown, Swarthmore, Holy Cross, Trinity, and USC. They have gone on to become doctors, lawyers, entrepreneurs, members of the armed forces, actors, political and social activists, congressional staffers, artists, medical researchers, and most importantly, teachers.