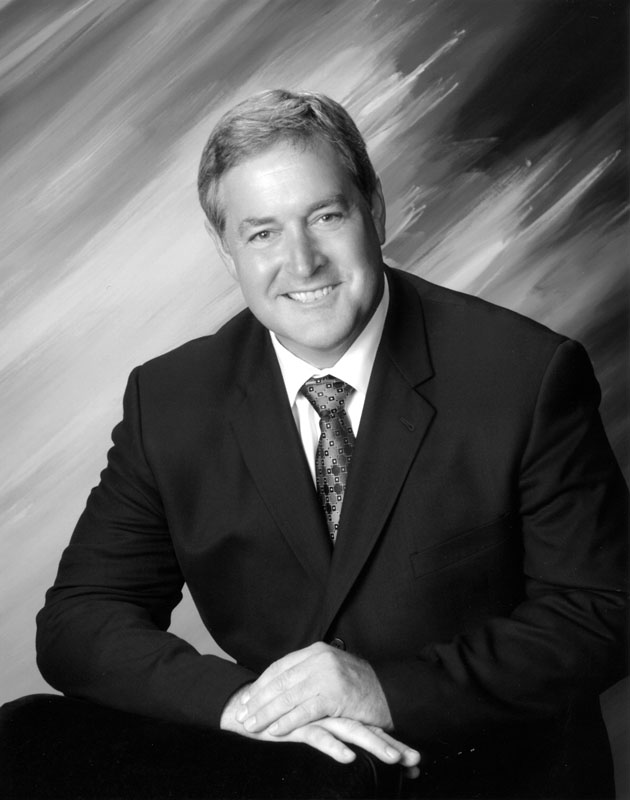 As a Pirate, Raymond Austin Raub defined the true essence of a “student athlete.”  A three-sport letterman (football, baseball, basketball), Ray graduated from OHS in 1969 as the class valedictorian with numerous academic scholarships from which to choose.  He accepted an offer to Cornell University where he was recognized as a Cornell National Scholar from 1969 through 1973.  His early accomplishments paved the way to major success as a businessman in the North County.  He returned home in 1975, and for the next 18 years, successfully managed masonry businesses in the area.  Subscribing to the philosophy “Whatever it Takes,” Ray, and new business partner Williiam Gibney (OHS Class of ’76), formed Modern Builders Supply, Inc., in San Marcos.  As Chairman and C.E.O. of the company, he helped turn the venture into a leading innovator in the natural stone business in San Diego County.  Through his business, Ray helped pioneer the development of natural stone thin veneers.  His company also developed, supplied and trademarked the Padre Gold Sandstone, which decorates the exterior of Petco Park, home of the San Diego Padres.  Outside his own office, Ray serves on the boards of numerous non-profit organizations, including the board of Pro Kids Golf, the First Tee of San Diego.  In the 1980s, he helped co-found Harbor Days, an annual Oceanside Chamber of Commerce event that still takes place today.  During the past decade, Ray has been recognized for major contributions to the Moonlight Amphitheater in Vista.  His firm has donated three major construction projects to the facility and has served as the organization’s Corporate Title Sponsor for a number of years.  His dedication to such civic organizations has helped turn the facility into one of the finest community theatres in the country.  Ray’s dedication to giving back to his community has also extended to a number of high schools in North County, including his alma mater, OHS.