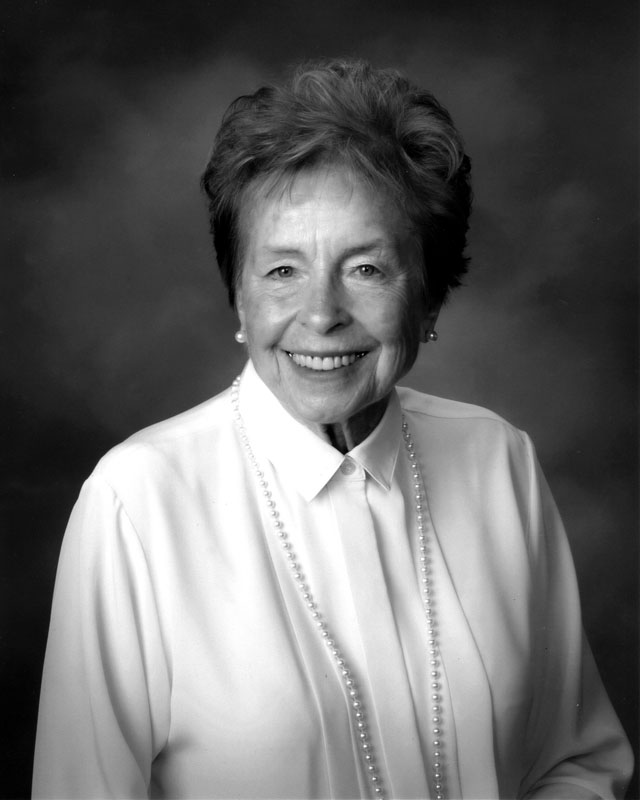 Selected as a “Women of Merit” by the North County Times in 2001, Roberta “Bobbie” Thill was described in a feature article by the publication as a woman who “has brought quality to her hometown by going above and beyond what is expected of her.” Since obtaining her OHS diploma in 1946, Bobbie has devoted her life to serving the Oceanside community. She grew up in a household that emphasized the importance of community service, watching and learning from her father, Ray Wilcox, who served as mayor of Oceanside during the 1940s. Bobbie’s work on behalf of the citizens of Oceanside include her prominent roles in the city’s Bicentennial Celebration, the creation of Heritage Park, and constant fundraising efforts to help launch, benefit and sustain the Oceanside Museum of Art. A former chair of the city’s Bicentennial Committee from 1975-1977, Bobbie expanded her service to play a vital part in the development of Heritage Park. The landmark project depicts and portrays the lives of Oceanside’s earliest residents. Today, the park continues to serve area students and remains a popular site for social functions. Bobbie’s instrumental role in this project led to a city proclamation and a plague at the park recognizing her selection as a “Woman of the Year” by the local Elks Club. She was also a key figure in the development of the Meet the Americans program, a project aimed at bringing together people from foreign countries in the North County as a means to helping foster “international understanding.” Another of her major projects was her involvement with the Oceanside City Library. An avid reader, Bobbie initiated the library’s Book Memorial Program, which allows people to donate books to the library in the name of a loved one. As the 2001 Times article noted, “It’s more than the social scene that interests her. Like her father before her, she wants to leave a lasting mark on the lives of others in her community.”  Mrs. Thill passed away on May 19, 2018 at age 89.