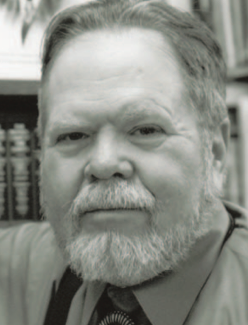 A renowned author and editor, Will Bagley was born in Salt Lake City, Utah. In 1959 he and his family moved to Oceanside, where he attended Mission Elementary School and Jefferson Junior High before graduating with honors as a proud Pirate in 1967. During his senior year, Will was elected ASB President. A member of the National Forensic League, he also participated in Model United Nations and wrote for the school paper, the Driftwood. His “impromptu speech” at the California High School State Speech Tournament earned Will first place honors.

A graduate of UC Santa Cruz, Will completed his B.A. in History. He then spent three years in North Carolina studying the music and culture of Appalachia. In 1979, as the founder of Groundhog Records, he released his own album, “The Legend of Jesse James.”
‍

In 1982 he entered the evolving world of technology as a writer for Evans & Sutherland, the pioneers of computer graphics. By 1995, Will had embarked on a new career path as a professional historian. To date, he has written and edited more than 20 books. His articles and reviews have appeared in numerous professional journals including: Western Historical Quarterly, Utah Historical Quarterly, The Journal of Mormon History and the Overland Journal, to name a few. For four years Will penned a column, “History Matters,” for the Salt Lake City Tribune. A participant in the Claremont McKenna College lecture series, “The American West,” Will became a research associate at the prestigious Yale University Beinecke Library in 2000. Nine years later he was named the library’s Archibald Hanna, Jr., Fellow in American History. A member of the Utah Speakers Bureau,

Will has worked as a historical consultant for the National Park Service, while providing insights for more than a dozen documentary films broadcast on the PBS, A&E, and Discovery television networks. A father of two and grandfather of two, Will lives and works in Salt Lake City, Utah.