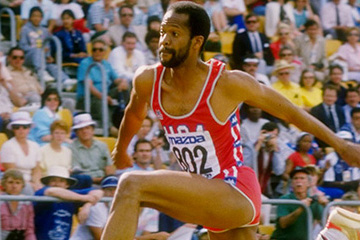 excerpts from Times of San Diego by Ken Stone

As we get ready to view the Tokyo Olympics of 2021, Oceanside High School has an Olympian of their own, Willie Banks, Class of 1974. Banks was a three-time Gold Medal Winner in the Triple Jump, part of the Track and Field portion of the Summer Games.

“Willie Banks got home late Saturday night from a track clinic he gave in Montana, and wasn’t sure how his painful 65-year-old Achilles’ tendons would hold up for a meet Sunday morning.

Having weathered a bout of COVID-19 in December (suffering persistent fatigue), the Olympian packed 20 more pounds than last summer, when he did 5,000 push-ups for a fundraiser.

At the California State Games at University City High School, the Carlsbad resident stunned even himself by breaking the listed world record in the outdoor high jump for his 65-69 age group.” Read more about his high jump record here World Record for Willie Banks at 65: Tokyo Games Official Top High Jumper – Times of San Diego

Still active in the Oceanside community, Banks is involved in OHS Track and Field, with his name added to the annual Willie Banks Invitational held in April on Simcox Field at the high school.  In 2008, Willie Banks was inducted in the Oceanside High School Hall of Fame that is hosted by the OHS Foundation/Alumni Association. 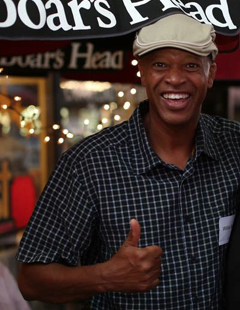 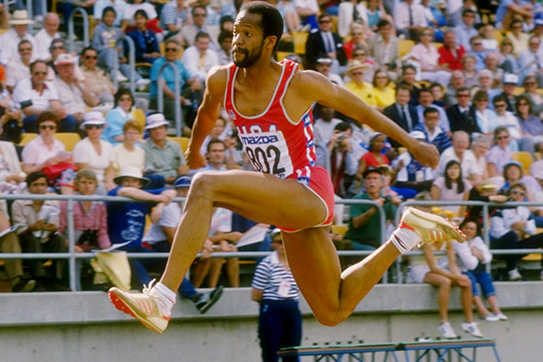