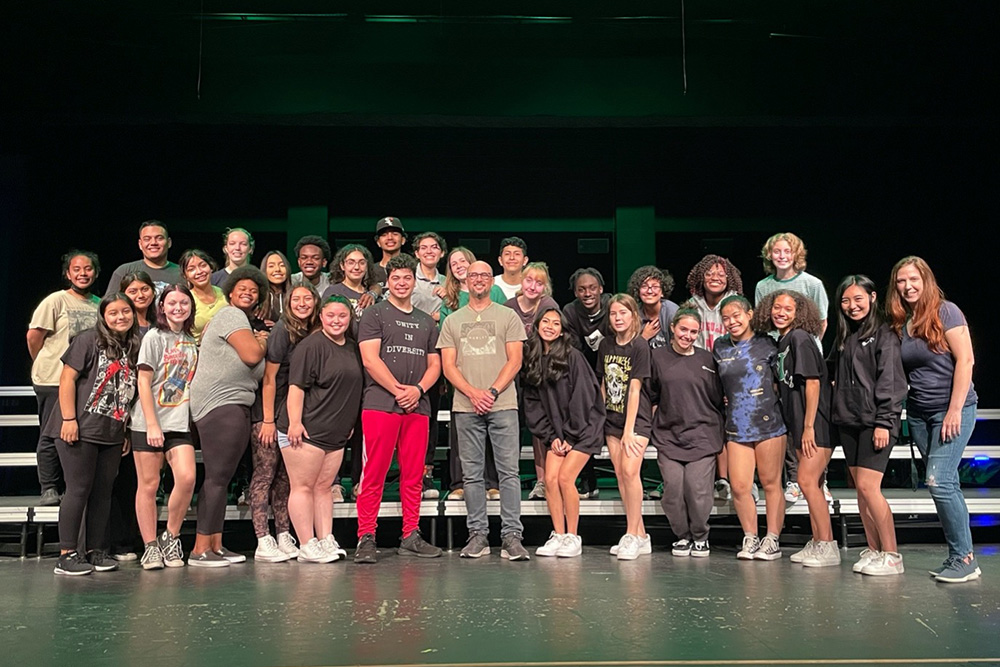 Under the direction of Leah Ritt, the OHS Music Program is making WAVES!   Here’s the latest news… also follow them on Facebook at: https://www.facebook.com/ohsvma/

Soundwaves Show Choir participated in our second competition of the season and SWEPT the Intermediate Mixed division! We took 1st place, and received Best Showmanship and Best Musicianship, the trifecta. This is the first time OHS has placed 1st in intermediate in at least 15 years, and is a huge accomplishment.

A special nod to Dontae Gordon who earned an award for Best Performer.

Click here for a video of one of our practices.

Show Choir kids had the opportunity to work with celebrity choreographer Cris Judd! He was a judge for our show choir competition at OHS and offered to come back and do a workshop with the kids, talking about the business and cleaning the choreo on one of their songs.

Cris Judd is known for many things, one of the coolest is that he was the lead dancer on Michael Jackson's HIStory tour. He shared his story of being a high school athlete who came to dance late in life, and struggled to rise to the challenge of dancing with so many people who were "better," and failing audition after audition.

He worked hard and never gave up and was offered the job touring with Michael Jackson just as he was also about to go pro in golf. He was able to realize both passions by giving his two comp concert tickets away to the golf clubs he was near while on tour and therefore got to play golf all around the world while dancing with Michael Jackson.   Great guy! Super cool experience!

Soundwaves participated in three competitions this season and earned 2 second place rankings and 1 first place ranking, also taking the captions of "Beat Music" and "Best Show" and also a nod to Liliana Saldana who earned "Best soloist" in the Intermediate division! 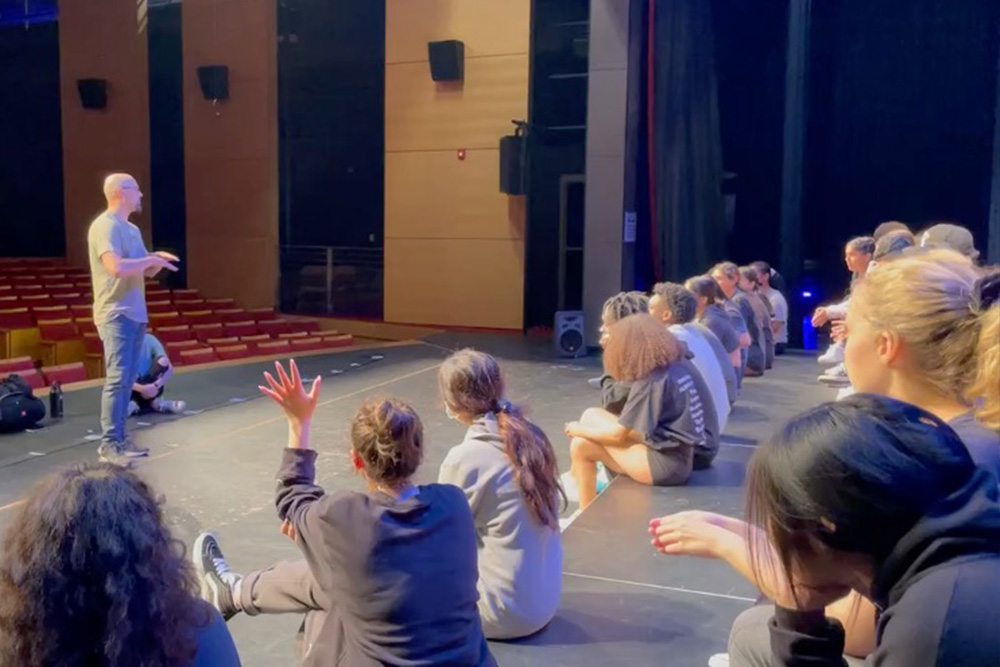